Bravo recently confirmed a second season of thier hit docu-series “Newlyweds The First Year”, which chronicled all the trials and tribulations that arise as a newlywed. Season two will follow four brand new couples through the highs and lows of the first year of marriage.

I wanted to check in with Kat Lagoudes, newlywed , new mom, and the fan favorite from season 1 to see how her life has been now that she is not so newlywed.

Jenni:  So how’s life post Newlyweds? Anything new going on? Give us the scoop.

Kathryn: Taping and living our first year as Newlyweds was definitely an experience we will never forget. Now that we are done taping and the show has aired we begin Newlyweds: the 2nd year- although the cameras are no longer around our lives has not slowed down one bit. We entered our first year of marriage as a couple and now we are a family of three. Life with a baby has definitely changed us! We are closer than ever with a FEW MORE bumps in the road, our first year was all about learning to live together and respect each ones differences, the second year has been all about learning to parent together, sharing responsibilities of caring for a newborn and helping each other out so that neither one of us gets burned out as well as making time to be a couple.

Jenni: Being pregnant and a newlywed is a double whammy – especially since the current statistics say that The divorce rate for the United States is approximately forty percent, nearly half of the total marriage rate.  How was it living out some of these tender moments on TV?

Kathryn: One of the major reasons I participated in the show Newlyweds: the first year, is that it I am a hopeless romantic who believes in the sanctity of marriage and its lifetime commitment.

John and I found each other later on in life, and had enough experiences and relationships to know what we wanted in a partner and each other. I think the divorce rate in this country is unacceptable and we as a culture are too accepting of “giving up when the going gets tough”. I wanted to take part in a first time ever docu-series that shows the first year of marriage, the good and bad, the ups and downs. If more people knew that Marriage isn’t just about the good times but learning to communicate and work things through as a couple maybe more people would stay together or not get married in the first place.

I hope that not only was the Newlyweds: the first year , entertaining to watch but that people in a relationship, engaged and married can learn from the show, that no one is perfect but its how you mesh and work together as a couple that matters at the end of the day.

Jenni:  Where there any moments you wish to do over?

Kathryn: I wouldn’t do anything over. We made a decision as a couple to start a family right away, go into business together and live in Long Island. We were doing everything for the first time together and the cameras just happened to be there to capture our first year. The year went so quick as so much was going on that it was nice to watch the show a couple of months later and reflect back on our first year together as Newlyweds.

Jenni:   How’s the relationship between you and John’s sister now? Did she ever apologize for that moment at your baby shower?

Kathryn: I have to admit watching the show brought up a lot of feeling for about my sister-in law and how she acted about my pregnancy and the shower. I am not one to hold things in and had a heart to heart sit down with her and expressed my feelings about that day. She did in fact apologize and didn’t realize how insensitive she was being. She really is a sweet girl that has supported my marriage to her brother and given me lots of sisterly advice throughout our courtship and marriage.  I have two sister of my own and yes we fight but at the end of the day we love each other, and I look at Ellen as a sister. I’m sure we will fight again but I love her always and really consider her a true sister!

Jenni: Being on television comes with fame and fortune but it also now comes with bloggers! Where you shocked to see some of the criticism about your relationship in the blo-o-sphere?

Kathryn: I definitely didn’t anticipate all the hate and harsh criticism in the blogger sphere but at the end of the day I’m super happy. I take what they said with a grain of salt. No one lives your life but you. It is easier to watch a 1hr show and write freely about the people on it like you know them but I know myself and my relationship with my husband better than anyone and am extremely happy and confident in who we are…let’s just say I didn’t lose sleep over the comments made on all the social media networks.

Jenni:  Most folks were not a fan of John this season – when you watched the airing of the show, did you want to whack him in the head a couple of times?

Kathryn: I could see how people would be upset with John and the way he was portrayed on the show. I was happy to have a lot of “Team Kathryn fans”. Doing the show was a blessing in disguise because we were able to watch ourselves and reflect. I think John grew up a lot from watching the show and now being a proud father. We were both new at the whole pregnancy, first year of marriage, he had a lot of concerns and fears about becoming a dad and seeing me gain so much weight during my first pregnancy.

The good news is he will have a second chance to redeem himself with baby #2 which he swears he will more attentive to my needs and pamper me more. Thanks to what he learned from you and your man during our lamas class. (Thanks!!!)

Jenni: I know John was very verbal about your baby weight gain, and if you would lose it all. This is everyone woman’s fear, but you looked fabulous on the Watch What Happens’ special.  What are some of the things you did to get fit and fab post-baby?

Kathryn: After the baby was born I never ate a BAGEL again! I was so sick and nauseas my entire pregnancy that all I wanted was carbs, carbs and more carbs. Once the baby was born I catered to him and ate well as I was breast feeding and didn’t worry about my exercising or extreme dieting until he was 3 months old. At three months old I went to the gym 5 days a week and the baby came with me (have an awesome child care center at my gym). Then John and I both dieted together with a high protein and fiber diet. It helps when you do it together as we encouraged each other in our weight loss goals.

Kathryn: Life with Baby Dean has been the sweetest most amazing experience I could ever ask for. He is my little man; we have been inseparable for ten months now. He is the happiest baby ever and loves to be out and about like his mommy! I take him everywhere I go, to the gym, to Glow Tanning Salon, and my 3rd business Skinny Eats Inc. He is now crawling and learning to walk so things have gotten harder on me now that he is more mobile and active, but I don’t mind he keeps me on my toes!

Jenni: What’s the one thing you weren’t expecting pre-babyhood that you know now?

Kathryn: I had no idea how demanding a baby could be, I thought no biggie he will just morph into our lifestyle but it was been the opposite John and I have morphed into his, getting him to sleep and eat is a challenge every day, we find ourselves doing ridiculous things to get him to sleep like midnight car drives and making up ridicules songs and dances to get him to eat. Best part about it is we do it as a team and baby Dean has strengthened our love for one another as we embrace parenthood and our new family.

Jenni: How can your fans keep in touch with you?

Kathryn: Our fans can keep in touch with us on twitter:  @kathrynlagoudes and @johnlagoudes and also we have a fan page on facebook:  John&Kathryn Lagoudes Newlyweds:The First Year 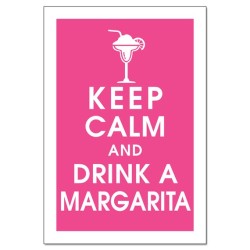